Signing up for the email list will guarantee that you receive new episodes as soon as they are published.

Has the Tribunal lost its way?

I'm jotting down my thoughts a few hours after the Tribunal changed their minds, and have set aside the 2 game ban for Patrick Cripps bump on Callum Ah Chee.  I must admit, I'm a bit befuddled.

But should I be?

Willie Rioli's "bump" on Matt Rowell didn't even warrant a free kick during game play.  But the MRO gave him a game.  Recently, Cripps' teammate, Will Hayes received a 2 game ban for a tackle on Sam Menegola, which resulted in Menegola being concussed.  I'm going to put my Geelong supporter goggles on for a moment and say "good, he should have been suspended."

But am I wrong about that?  I think I am.  Hayes action was that of a tackle.  Pure and simple.  It wasn't malicious.  His intent wasn't to injure Menegola.  It was a solid football tackle....except that Sam's head hit the turf.

Tom Stewart was suspended for four games for clipping Dion Prestia in an act that outraged Richmond supporters (rightfully so), but many others looked at it as being completely out of character.

Now let me step back for a moment and ask you something.  Isn't protecting the player's head, and trying to mitigate the frequency of concussions damn near job #1 in the AFL today?  (I'm assuming that you're nodding along with me right now.)

This leads me to today's decision.  Was Patrick Cripps' action malicous?  Was he trying to hurt Callum Ah Chee?  Nope.  He was making a football play that has been part of his game, probably since he finished playing Auskick.

Unfortunately, that type of action has been targeted (NFL pun intended) by the comp, hoping to eliminate the types of injuries that were the result of this incident.

That's what makes this decision so confusing.  AFL House....is protecting players what you are really trying to do, or are you trying to keep Patrick Cripps' Brownlow dreams alive?  The long-term health of players is supposed to be key, right?

After today's decision, if I was given a say in the Brownlow vote, I'd toss my vote towards someone named Neale, Miller, Brayshaw or Oliver. 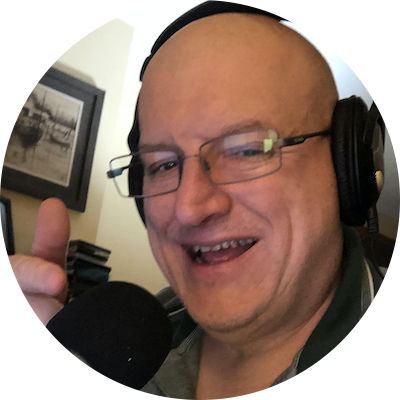 In 2017, I fell in love with Australian Rules Football. I've been a baseball fan here in the US for over a half century, and footy has supplanted my summer (winter) sports viewing. Footy is, in my opinion, the most dynamic, complete and three-dimensional game on the planet. If you're just discovering the game, I invite you to check out my podcast.

Hello everyone, I wanted to take a moment and share a snippet from a recent episode of the podcast.  While the podcast is most certainly focused on…

Signing up for the email list will guarantee that you receive new episodes as soon as they are published.

Email has been submitted.